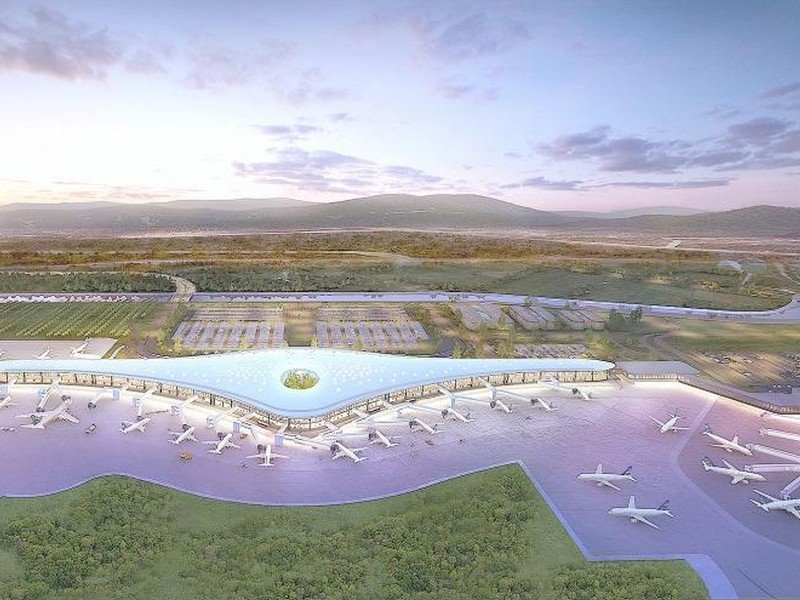 Are you thinking about traveling to Panama? This is obviously a great idea; we’re talking about one of the most interesting countries in Central America. You’ve got beautiful scenic sights, as well as an interesting culture and history. That’s why budding travelers might be interested in hearing about Panama’s latest infrastructure project. Because local authorities have announced a major airport expansion in Panama, set to greatly increase the local air traffic. If you’re interested in the latest Panama developments: read on!

A new transport landscape in Panama

Let’s face it, when you’re choosing where you’ll go on vacation or which country you’ll move to; absolutely everything matters. There is no amount of detail you go into which is too much, especially if you’re moving to a new country. That’s why you need to learn everything you can about the local way of life. And if you’re moving to Panama from the US, crucially; you want to know about the infrastructure. After all, having a well-connected airport is important; it means you can always travel back home, or wherever you want. So, before hiring a moving company like Miami Movers For Less to relocate you to Panama – learn about the latest infrastructure developments right here!

So, before we discuss the airport expansion in Panama, the question is; what kind of airport is this? As with most things in Panama, it has a pretty interesting history. It actually dates all the way back to 1947. The President of Panama at the time, Enrique Jimenez, inaugurated it shortly after WWII ended. As this was the era of rapid development for civilian air traffic, it was crucially important that Panama had a functioning airport. Its prime location would make it a hub for air traffic in the entire region. So, Tocumen International Airport actually started working well before the entirety of the facilities was completed. Interestingly enough, the administrative building and the official passenger terminal were built seven years after the airport began operating.

Obviously, since those days, there have been a few changes to the airport, in line with increased traffic. For example, the facility which was the main airport building back then is now just a cargo terminal. As time went on, Panama became one of the biggest transit hubs in the Western hemisphere. With more people traveling through the country than ever before, there has been a need for better airport infrastructure. Many people fly, and at the end of the day, you want the ability to just pack your belongings in no time and go wherever you want; without worrying about the state of the airport.

As you may see if you’re following Panama news closely; the country is constantly improving, especially in terms of infrastructure. You may have heard about the latest opening of the Metro 2 line in Panama; which is far from the only change you’ll see if you travel here. The recently announced airport expansion in Panama is even more interesting, as you’ll soon see for yourself. First of all, you should know that this development project was not done hastily, or on a whim. Once it’s completed, this airport will revitalize the air traffic capabilities of the entire Central America. With that in mind, this is obviously a project of immense importance.

So, what exactly does this expansion entail? As you’re probably pleased to hear – the main aim of the project is to greatly increase the passenger capacity of the airport. And it’s no small idea either, as it will completely revamp the entire airport. Most notably, by 2020 the local government plans to build an entirely new South Terminal. With that in place, the airport will be able to service around 20 million passengers per year. This seems like a lot, but considering the entire infrastructure they will build; it all adds up.

There will be an astounding 85,000 square meters of new buildings, including office space and new facilities. Also, this entails 20 new boarding gates, which will definitely speed the process of boarding immensely. Passengers will also be able to use new and improved customs facilities. All in all, after the expansion, there will be an entirety of 68 gates over 148,000 square meters of space.

Obviously, when you’re designing any kind of building these days, the utility is an important factor. Especially when it’s a service building like an airport. But actually, style and design are almost equally important, for a number of reasons. After all, people’s psychology is wired to achieve better results in more interesting and beautifully designed spaces. And the airport expansion in Panama is no different. So, regardless of whether you want to go to Panama on vacation or buy beachfront property here; know that the airport you’ll go through will have the most modern design solutions you can find anywhere.

The designers of the project took great care to implement not just the latest technical standards; but also motifs from the Panamanian landscape. Once any visitors arrive in the country via the airport, they’ll immediately get the sense they’ve come to a unique place with a vibrant spirit. And in the case of Panama, that’s absolutely true! There will be a beautiful, lush garden at the very center of the airport. And in it, you’ll find only plants and flowers from the tropical forests of Panama. It’s a slice of heaven, right there at the airport!

Panama Now has a VA Clinic for Veterans

For years now, Panama has been a top destination [Read More...]

The Diverse Culture of Panama

This tiny country of Panama packs a great deal of [Read More...]

We live in a global economy, one where buyers can [Read More...]

Panama is known for many things: it is a [Read More...]

If you are looking for the perfect combination of [Read More...]

Santa Ana is located within the city of Panama [Read More...]

So Much to Experience in Panama

Given its size and the relative youth of its [Read More...]

When you reach a certain level of success, [Read More...]

Rarely can we see an economy as successful and [Read More...]