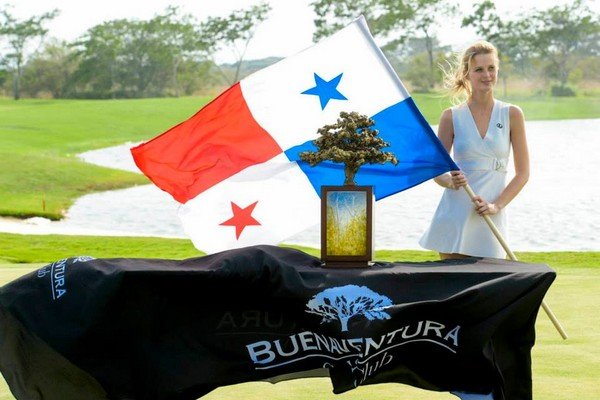 The PGA Tour comes to Panama for its second year from April 27 to May 3 to celebrate the Panama Lexus Classic a Latin American golf tournament presented by World Jewelry Hub at the Buenaventura Golf Resort located in Rio Hato, only 120 kilometers west of Panama City of the Panamerican Highway.

The field comprising of more then 144 players from 21 countries, at this fourth event of the 2015 season started on Thursday. The challenging course they are playing was created by Nicklaus Design inside the Buenaventura resort which is rated one of the best courses in the country for panama golf real estate, surrounded by luxurious million dollar homes, condos and villas. The 18 hole golf course of Buenaventura has generated rave reviews from tour players, many of whom repeat the experience of playing for the second consecutive year. The tee boxes, fairways, and greens are in perfect condition, for this years tournament with some what sticky thick St Augustin grass on the second cut surrounding fairways, sand traps and greens.

This is the first of five tournaments during the next six weeks the Tour concentrated in the central area of ​​the continent, with events also in Mexico, Guatemala, Honduras and Dominican Republic. The aim of this tournament is to inform the world that Panama has spectacular championship golf courses and has recently position the country on the map as a new world class golf destination. With the more courses built along the beaches and recently added tourist infrastructure, including an international airport specifically in the area of Rio Hato.

During the week of the tournament, Buenaventura is expected to receive more then 1000 spectators to the event which is complete free and paid for by local and national sponsors. The economic projections of this tournament are large with a total budget for the event week estimated at more then $450,000.00, of which $175,000.00 will go to a prize pool for the players. Also a great opportunity for the local business, and hotels in the area and especially for the Buenaventura Resort. Additionally, the tournament will generate a large demand in the area with a total of 144 players, caddies and guests will come to Panama for a week and must therefore stay in hotels, rent and transport food and visit historical sites.

The tournament started on Thursday with many local golf pros competing for a shot in the final round. The top four Panamanians in the field this week are Michael Norman and professionals and amateurs Guillermo Neira Miguel Ordonez and Michael Mendez, but unfortunately did no make the cut. There was many rain delays, thunderstorms and high wind conditions, making it a very tough few days of competition on the players. Saturday many playing more then 29 holes almost to dark, to make up the scores and hopefully qualify for the final round on Sunday.

On Sunday there was heavy media coverage of this event and was transmitted locally on 2 networks and different channels in the United States, Latin America and Euro. Many of the players had to finish off holes from the previous round because of darkness the day before, early in the morning. The last round finally got started around 11am with more then 60 players fighting for a chance at the larger then ever prize pool of $175,000. At the end of the day Mexican Player Rodolfo Cazaubon was able to secure a two-stroke victory over the field and claim his first win in Panama at the Buenaventura Golf Club and a check for $31,000.

Panama is Opening for Business and Travel Again

Dear blog readers, we are delighted to announce [Read More...]

Investors See The Potential in Pedasi

Get Hooked on Panama Fishing

There are a number of lures to hook a person on [Read More...]

The Biomuseo Reopens its Doors

Biomuseo is a museum dedicated to Panama’s [Read More...]

Panama a Fountain of Youth

Is it true that people who live in tropical [Read More...]

There are several golf developments in Panama and [Read More...]

Can you live in the Panama mountains at an [Read More...]

After living in Florida for a great deal of time [Read More...]