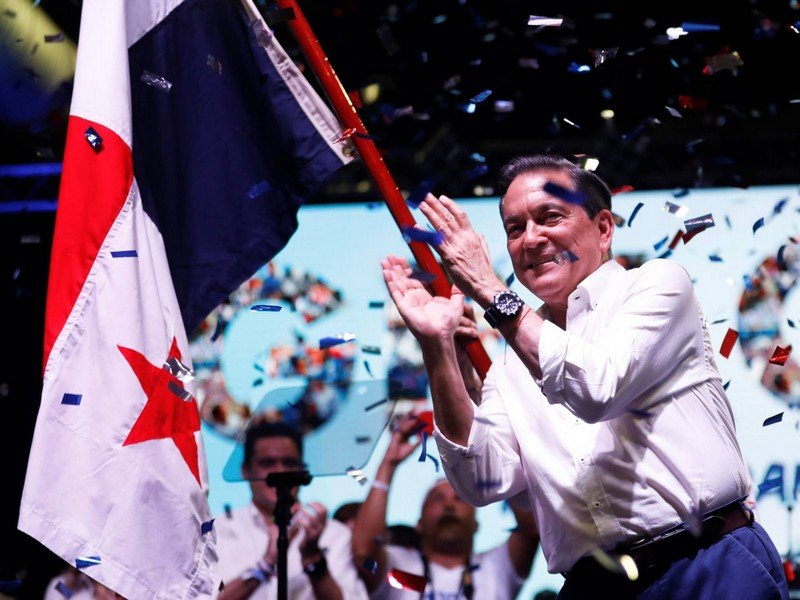 In Panama election Cortizo – that is Laurentino “Nito” Cortizo – a political veteran who received education in America, won the uncertain presidential race. According to Reuters, the election tribunal announced that Cortizo won in an unexpectedly close race. This was right after counting 95 percent of the votes.

In his victory speech for Panama election, Coritizo called for national unity. He won a third of the votes in elections that only have one round. The former agriculture minister also said in a speech before his supporters that Panama has won and that, more than ever before, it is necessary for the forces in Panama to unite. This social democrat was voted for the election favorite. Cortizo promised during the campaign to improve the education system, economic reform and the fight against poverty and inequality.

In the race, during Panama election, Cortizo promised to cleanse the policy after a corruption scandal. The scandal involves the Brazilian engineering firm Odebreht and the leakage of Panamanian papers. The infamous Papers had details of the evasion of taxes made by rich people from across the world. Cortizo also stated that the chaos is over, as public funds belong to the public and they are sacred.

Former president Juan Carlos Varela left USA upset by establishing diplomatic relations with China, which is now the second-largest user of the Panama Canal. Still, if you are doing business in Panama and are not sure how the logistics work after the elections and need assistance with project customs clearance you may find useful information online.

Panama election: Cortizo won with only two percent of the votes more

After several hours of uncertainty, the Panama court declared the Cortizo’s victory in the presidential election. This was after counting 92.51 percent of the votes. The court said that Cortizo was a winner with about 40,000 votes more than an opponent. Cortizo, now 66, was minister during president Martin Tories (2004-2009) but resigned because he did not agree with the free trade agreement with the United States. The social democrats won 33.08% of the votes, and his opponent Ru won 31.06%. The new president will have a five-year mandate. The second-placed,  Romulo Roux (Ru), won only two percent of the vote less. He hesitated to acknowledge the defeat and stated that he has identified some irregularities in some voting areas.

Historical links with the United States

A century ago, US President Theodore Roosevelt had his own photo from the Panama Canal during its construction. His two-week trip in 1906 was the first time that the American president was on a diplomatic trip abroad. But this era might soon come to an end. From 1903 to 1979, the region around the Canal was under US control. But after the Second World War and the creation of the Atlantic and Pacific fleet, the military importance of the Canal declined. In 1977, the US and Panamanian governments signed an agreement to grant full control over Panama until 1999.

Panama papers as a chance for China

Many Panamanian citizens have benefited from the new role of their country. As a center of the shipping industry, it gains weak regulations, the formation of offshore companies and international banking. This was all made possible by the use of the US dollar and proper relations with US banks in the country. Money that could not be tracked flooded the country. Then a scandal over the Panama Papers broke out and the discovery of numerous suspicious practices by rich people, companies, politicians and well-known individuals through the Panama law firm Mossack Fonseca. These events lead to the fact that many people are still looking for Panama relocation advice.

And because of this scandal became widely known as the Panama Papers the reputation of the whole country has been hurt. Numerous US banks have therefore withdrawn their money from Panama and have broken links with the country. Panama found itself on numerous blacklists, and the country barely escaped a financial collapse. However, for a decade China has been looking for an opportunity to develop its own inter-Korean trade routes in Latin America. After the Panama Papers leaked, the time had come for action. Relocation has taken a turn, so now people are more in search to find professionals who can help you move internationally.

The Panama Canal was expanded in 2016. But Panama still needed a new national logistic strategy aimed at achieving greater production. Thus, former president Varela devised a plan. It envisions huge facilities in free trade zones, upgraded port facilities, and new road and rail links with Central America. The opportunity to build a road to Columbia, which would add to the Pan-American Highway from Alaska to Patagonia, and link with Colombia, has once again been in discussions since it has been left as a problem for decades. But for all this, Panama needed Chinese investments. Varela warned in 2017. that he would announce the opening of relations with China. In the long run, Panama could become too dependent on China as the ultimate lender. And in the short run, weak institutions in the country make it vulnerable to corruption and bribery.

The new president who won in Panama election Cortizo has promised to reconstruct the way public contracts are awarded in order to improve transparency. However, the discrepancy between China’s consumer power and weak institutions in Panama may be an explosive and toxic combination. When American officials speak of the worst scenario for Panama, it is about a possible loss of commercial neutrality of services and infrastructure surrounding the Canal. Since the surrender of the Panama Canal in 1999, the Panama Canal Administration, a government agency in charge of channel management, has largely remained above national policy and has ensured a stable income for the nation. In 2018, the Canal brought nearly 1.7 billion USD to the Panama budget.

During Panama election, Cortezo also pointed to the division of society in Panama. Cortizo will start on July 1st and will have to find a balance in relations with Washington and Beijing. Besides this, Cortizo has children who are American citizens and he regularly travels to the United States for Texas Longhorns football games.

Today began the construction of the new Amador [Read More...]

Casco Viejo is a legendary district in Panama [Read More...]

Investors See The Potential in Pedasi

Panama is known for many things: it is a [Read More...]

If you have visited the community of Boquete, [Read More...]

There are several golf developments in Panama and [Read More...]

The Beaches of Neuva Gorgona have been known [Read More...]

Why do Realtors Love World Panama? We are a real [Read More...]

Where can I Buy Beachfront Property in [Read More...]