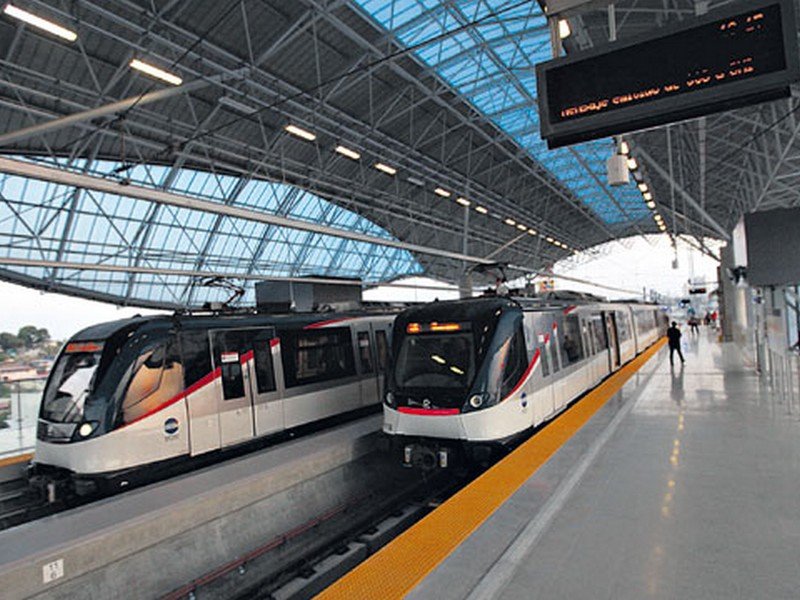 Panama, like some other South American countries, has long represented an attractive traveling destination. People visit it for a variety of reasons: its diverse nature, breathtaking beaches, history and culture, as well as its famed coffee beans. In recent years, a growing number of people is not just visiting Panama but deciding to actually move there. Panama City is particularly attractive as a true metropolitan area in the country. Many people decide to move there and live right at the Pacific entrance to the Panama Canal. A newly added benefit of living in Panama City is a brand-new metro.

Panama City is the capital and the largest city in the country. Its metropolitan area is home to more than 1.5 million people. For a little bit of history, the city was founded by the Spanish conquistadors in the 16th century. They used the city to later conquer the Inca. The city was destroyed in a fire in the 17th century and then resettled close by. The remains of the old city are a tourist attraction and a World Heritage site. The climate is tropical with a very steady temperature all year round. The population is very diverse and there is a rich history and culture within the city.

For a long time, one of the main disadvantages of living in Panama City were the constant traffic jams. In most cases, these were brought on by a high number of people privately owning a large number of vehicles in a city that just didn’t have the infrastructure to handle that. Besides cars, one of the most widely used forms of transport in Panama City is the bus. The bus terminal is located in Ancon and offers bus lines in and out of the City of Panama. It also offers lines that travel internationally. Lots of people also use taxis within the city.

Most foreigners come into the city through the airports. There are three airports. If you are in the US, it would take you a pretty short flight to get to Panama City. The City is the point where lots of routes leading into Central and South America connect. Once you get there, you are only a short flight away from Caribbean paradise, for example.

In an effort to lower the intensity and frequency of traffic jams that plagued the city, Panama officials started the process of building a metro. The metro is open for business every day of the week, all year long, with shorter hours on the weekends and holidays. So far, two lines have been opened and there are two more coming. Metro Line 1 opened in 2014 and its route mainly connects the north to the south of the country. The full one-way journey takes about 25 minutes. There are 14 stops on the route, with plans to expand. The plan is for the metro to eventually feature 10 lines, some of them for trams. Metro line 3 is next and is planned to run along the Pan-American Highway.

On April 25th, 2019, the second metro line finally opened in Panama City. Line 2 is an elevated metro line and features 16 stops in all. There are plans to expand this line with more stations as well. The line is 21 kilometers long and the whole journey from one end to the other takes about 35 minutes. Just to illustrate what an upgrade this is, the usual time it took to cross this route by road was 90 minutes. This can save a significant amount of time for natives and tourists alike.

There is an eco-friendly aspect to the line as well. The technology used will allow for the use of up to 99% of the energy generated by trains braking. This energy will be used to power the escalators, lights and ventilation within the metro. The line opening was in time for World Youth Day which showcased just how necessary this addition to the city was. Hundreds of thousands of tourists used the metro that day. This proves that, for a city with such an intense and constant influx of tourists, the metro is sure to provide an important lifeline.

Deciding whether and where to move can be a difficult decision for a lot of people. There are so many things to consider, keep in mind and plan for. You can only read so many testimonials online to have a feeling of being prepared. However, you are still traveling a long way and you know there can be lots of surprises on the way. One of the main hurdles that people foresee is the trouble of moving your household goods to a distant place safely. Hiring reliable movers like number1movers.ca can take worrying about that part of the move out of the equation. Once this has been taken care of, you can focus on other things that are perhaps even enjoyable.

What Panama Metro means for you

If you are planning on moving to Panama, the development of the metro will take away one of the things that might have been giving you pause. Transit within the city is now much more bearable, as the metro is designed to handle up to 40,000 passengers per hour at the city’s busiest times. Even if your plan is just to visit, these two lines will also be a welcome addition. However, be careful if you don’t want to bring any major changes to your life, as those who visit often decide to stay.

Today began the construction of the new Amador [Read More...]

Traveling to Pedasi and Beyond

My friend and I drove to Pedasi yesterday. It is [Read More...]

Your Guide to Carnival in Panama

Panama is Opening for Business and Travel Again

Dear blog readers, we are delighted to announce [Read More...]

Once you leave the great Colon city and take [Read More...]

Santa Ana is located within the city of Panama [Read More...]

Finally, you have decided that moving to Panama [Read More...]

Panama Railway: the magical journey from Panama City to Colon

Benefits of Living in Panama

With all that there is to see and do, many people [Read More...]