Home » Articles » Panamanians Are The Happiest People In The World

Panamanians Are The Happiest People In The World 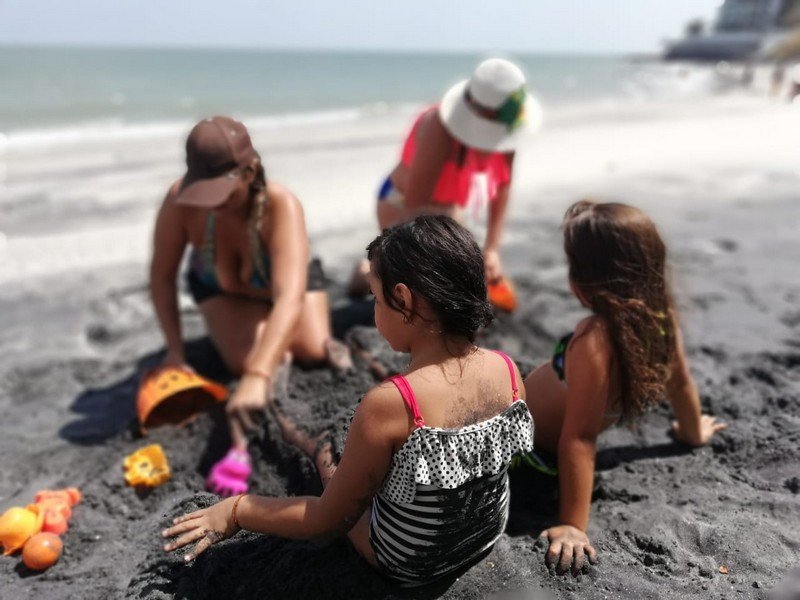 For two years in a row now, Panamanians have been topping the list of the happiest people in the world! This year, however, Panamanians are sharing the first place with the good people of Paraguay as the happiest people in the world, with a shared positive experience index of 85 points. Seven other countries that made it to the top 10 are also from Latin America, showing an interesting emotional trend. What makes the people from Panama (and Latin America in general) happier than other people living in the rest of the world?

The nature of this research

According to this 2019 report on global emotions, made by the researchers from the respected global analytics and advice firm called Gallop, intangibles such as feelings and emotions were measured. The researchers have conducted more than 151,000 interviews in over 140 countries. They have used two separate sets of questions to calculate both the positive and negative experience indexes. The aim of both of these indexes was to increase the insight that world leaders have in relation to the general well-being of their people. This kind of information cannot be obtained solely on the basis of economic research, as the country’s economic well-being doesn’t necessarily correspond to the happiness levels of its people.

Therefore, a different kind of research was necessary. What’s more, the researchers avoided the obvious questions that could lead to philosophical answers, such as “Are you happy?”, and instead opted for questions that would lead to more straightforward replies. These kinds of questions were much easier to quantify, enabling the researchers to more easily determine who the happiest people in the world are.

While measuring people’s positive experience index, the researchers asked questions about the previous day, such as whether you felt well-rested, whether you smiled or laugh a lot, whether you were treated with respect, learned or did something new, and about the feelings people experienced the day before the interview.

As you can see, the researches focused on asking about yesterday, as today was deemed to be too close for the interviewees to provide a more objective, realistic answer. Questions that concerned a period of time were also avoided, as they are too general.

These questions were designed in such a way to measure the interviewee’s feelings in five different areas. These involve both the feelings connected with some external factors, as well as the sense of one’s inner well-being. The external factors include the participant’s physical well-being, which is certainly tightly connected with one’s mental health, as well as the amount of respect shown by others. The internal factors are aimed at deducing how much happiness the participants feel in regards to their sense of inner purpose and the overall amount of joy they tend to experience.

The happiest people in the world

Panama (and Latin America in general) is the place to go in 2019. Here are the nine Latin American countries that have, together with Indonesia, made it on the list, along with their positive experience indexes:

Why are Latin Americans experiencing more positive emotions than the rest of the world? This question is hard to fully answer, however, it seems that the specific culture found in Latin America at least partially contributes to its people’s well-being. Namely, Panamanians are the kind of people who tend to focus on the positives. While this may sound like the Panamanians aren’t really happier than the rest (just more culturally “trained” to focus on the positives), in reality, this kind of attitude actually lowers the levels of stress.

If you hire international movers for your relocation to Panama, you’ll get to experience the Panamanian’s laid-back attitude first-hand. Panamanians generally don’t care too much about the “rat race”. They’re not that interested in money (even though Panama is a high-income country). On the contrary, they’re relaxed people who are here to enjoy the little things in life.

Attractions such as the carnival in Panama bring joy to its residents and visitors alike. In addition to such events, Panamanians find great joy in their families, as well as in a larger community. There’s a sense of belonging in the air, the idea that you don’t go through life alone, but as a part of a greater whole. As a Panamanian, you’re here for the community, and the community is here for you. It doesn’t matter if you aren’t originally from Panama; if you dedicate yourself to the community, then you are one of them.

As we said, money doesn’t seem to play that big of a role. Some of the countries on the list are facing serious economic difficulties. They are stricken with poverty, and there’s actually a high possibility of everyday violence there! This only goes to underline the fact of life that Panamanians grasped a long time ago – happiness is generally not a product of external circumstances, but it rather comes from within one’s spirit. This kind of thinking makes one not only happy, but also highly receptive to the needs and feelings of others as well. Panamanians are exceptionally kind, not only to other people, but to nature as well. There’s even an eco-village built from plastic bottles in Panama!

Of course, these are only some of the reasons why Panamanians are the happiest people in the world. Other factors that contribute to this fact are rather intangible. Hopefully, some future research will provide us with further answers. Whatever the reason, however, visiting Panama and hanging out with its residents is sure to make anyone feel better. The wisdom of enjoying simple life pleasures and not needing much more than the bare necessities is not so hard to learn, and in Panama – it’s even easier.

Your Guide to Carnival in Panama

Lately, plenty of governments have decided that [Read More...]

Panama Railway: the magical journey from Panama City to Colon

Located just an hour away from Panama City, the [Read More...]

The Biomuseo Reopens its Doors

Biomuseo is a museum dedicated to Panama’s [Read More...]

So Much to Experience in Panama

Given its size and the relative youth of its [Read More...]

Economy Grows with Expansion of the Canal

How to Find Cheap Panama Real Estate For Sale

There is a large amount of real estate for sale [Read More...]

Panama Crossroad of the Americas

Panama City is a complex, cosmopolitan city that [Read More...]