Home » Articles » The Discovery of an Old Submarine in Panama

The Discovery of an Old Submarine in Panama 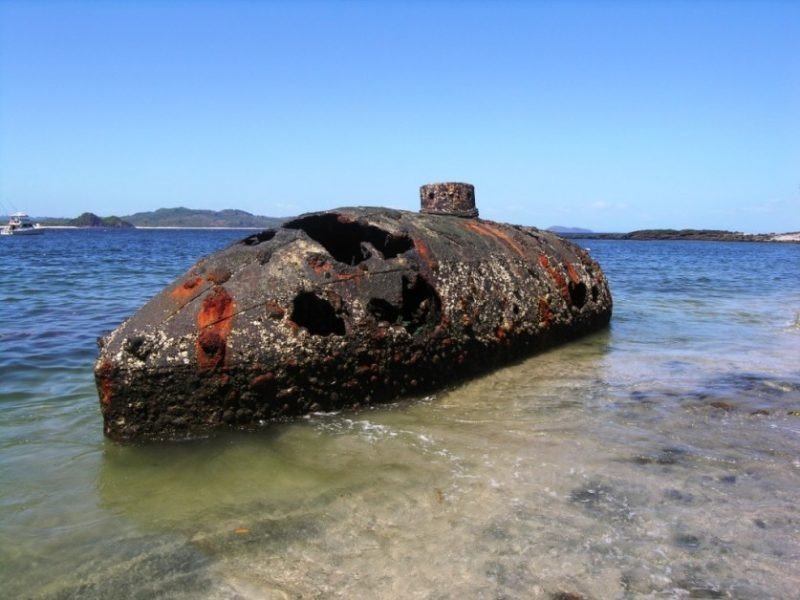 Throughout history, people have been discovering long forgotten and hidden elements of the ancient past. Starting from the digging up of ancient remains of Greek, Roman, and Egyptian cultures a long time ago, to the newly revealed discoveries of modern times. Scientists, archeologists, and explorers all around the world are working endlessly every single day. Picking up the missing pieces of the historical puzzle, they help to create the story about past times. Clues reveal themselves and the sheets of the world’s history book are filling out. By satisfying their own huger for discovery those men of action bring history back to us. One such discovery is an old submarine that archeologists found some fifty miles away from Panama City.

First of all, let’s meet the country and the basics of real estate Panama. This is a country located in Central America. It is famous for its Panama Canal which is created as a magical link between the Pacific and the Atlantic Ocean. Throughout history, many native tribes inhabited Panama, when finally Spanish colonists arrived. Nowadays, it is considered to be a country with high incomes and economic prosperity. Therefore if you are planning to relocate your household items to another country, you may consider Panama as an option.

The capital city of Panama offers the perfect mixture of different styles and times living in harmony. Modern Panama homes and nightclubs cohabitate with the old colonial-style homes. Moreover, there is the all-present nature that reaches its peak through the beautiful rainforests. So if you would like to experience something like this check Panama real estate for sales and feel the beauties of Panama.

The pearl harvest and the beginnings of submarines

Wars bring changes. Therefore, during the period of the Civil War, many changes, both good and bad, took place. One of the changing moves during this period was the rapid exploration in the field of submersible weaponry. The advantages of underwater safety led to the creation of the first submarines. Scientists were yearning for more knowledge in this field. Making experiments and sacrificing their lives, they made progress.

Almost in the same period in history, the Pacific Pearl Company focused on the pearl harvest in the waters of the Pacific Ocean. And as the process of the first submarines was moving forward, these two striving ideas found their meeting point.

The discovery of the old submarine

Somewhere close to Panama City there is a beautiful Pearl Archipelago and an uninhabited island of San Telmo. Our story begins exactly there in the year of 2001. An American marine archeologist Jim Delgado was on vacation, visiting Panama’s properties when he heard a mysterious fisherman’s story about an old submarine.

Fisherman’s story on the trial

As our archeologist Jim Delgado was told, there was an old Japanese submarine appearing every day in the period of low tides. The old submarine was supposed to date from the period of World War II. Such an interesting fact haunted Delgado’s thoughts. Therefore, he decided to go and check the validity of the tale he had heard. However, at that moment, the tide was too high. Delgado knew he couldn’t have expected the submarine wreck to appear due to the present conditions, but he decided to wait. And, fortunately, after some time, the long-desired, yet decayed object showed itself in all its splendor. It was magnificent and unexpected for him. What’ s more, it was not similar to anything he had ever seen before. Thus he made the decision to explore it thoroughly.

The first thing Delgado could have told for sure was that the submarine they had discovered was not of Japanese origin. Further research led him to one blueprint from a scientific journal from the year of 1902. It was interesting that it completely matched the shape and construction of the wreck he was dealing with. This perfect match told him a tale of the long-abandoned old submarine.

Julius Kroehl, a German inventor from America, was working as an engineer for the Pacific Pearl Company. During the period of the Civil War, and thanks to all the attempts to create a perfect underwater vessel, this genius inventor gathered all the necessary information and knowledge to build a perfect submarine. And he did it!

Kroehl finished his craft in 1866, and he gave it a name. It was Sub Marine Explorer. The Explorer was really a marvel at the time. And due to the company’s strivings, it was meant to serve mainly for pearl harvests.  The submarine consisted of three separate parts, a compressed air chamber, a room for the crew, and ten ballast tanks. Therefore, it was a complete naval revelation. Kroehl tested his invention several times, by locking himself inside and disappearing beneath the water surface. No one believed he was going to return alive, but he managed to do it every time. There was no vessel of that kind anywhere in the world. With it, people could dive in the ocean for hours. Its design was revolutionary.

Unfortunately, though, the Explorer’s inventor Julius Kroehl met a cruel destiny. Only a year after the discovery he died of, at the time not very much known, decompression sickness. This fatal fortune met other passengers of the Explorer too, and the precious naval invention was left to the course of oblivion.

The importance of the old submarine

After Jim Delgado had discovered it, a series of archeological expeditions were set. The point was to complete the drawing of the cleverly designed old submarine they had found. The explorers were to find out how it was built, and how it actually worked to harvest pearls in the Pacific Ocean. Furthermore, with this revelation, Delgado had found potential technological clues of the long-gone times. Panama became the place of revelation.

Revolutionary expeditions still happen nowadays. With technological development, it must be much easier to find the needed clues. So, if you are an adventurous person and you like digging, don’t waste your time. Move to Panama or find some Panama rentals or Panama condos, and try to dig out something even bigger than this old submarine. Good luck!

If you have visited the community of Boquete, ...(>)

There are several golf developments in Panama and ...(>)

Panamanians Are The Happiest People In The World

Landscape is Growing in Panama

The only thing hotter than the nice weather in ...(>)

Coronavirus presents one of the most difficult ...(>)

Panama is a uniquely placed country in the world, ...(>)

After living in Florida for a great deal of time ...(>)

Where can I Buy Beachfront Property in ...(>)

There are many reasons why Real Estate in Panama ...(>)

The Discovery of an Old Submarine in Panama

Throughout history, people have been discovering ...(>)

The Diverse Culture of Panama

This tiny country of Panama packs a great deal of ...(>)

Traveling to Pedasi and Beyond

If you are looking for the perfect combination of ...(>)